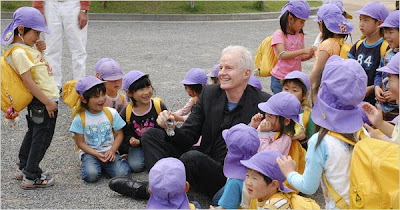 I think David Kirby is a fantastic poet.

I chose him for this week's Thankful Thursday after reading this article about him in the New York Times traveling as a poet.

Two favorite lines from the article:  Who says the arts don’t pay?
And
Other times, I’ll say there are all kinds of wealth, and while everybody needs to make a living, it’s really poetry that makes me a rich man.


This is my favorite book by him (see below), but he also just edited Seriously Funny: Poems about Love, Death, Religion, Art, Politics, Sex, and Everything Else

with his wife Barbara Hamby that includes poems by Martha Silano & Nin Andrews.