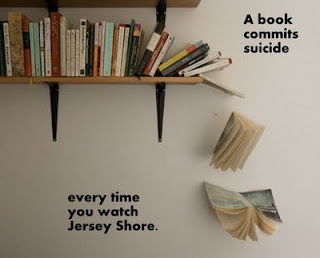 It's been one week of pumpkin muffins, frittatas and cordon bleu since I last wrote.  What have I been doing?  I'm not sure, but I know it involved whole wheat flour and cake spice and I know where I was: home.

I should probably tell you what I've been up to. To the confessional--

I confess this last week I've pulled away from much of the outside world.  I've been very Emily Dickinson--though I'm betting Emily didn't listen to NPR or her audio books when she baked.

I confess over the last week I've made these meals in large batches so we can have one for dinner and I freeze the rest in the freezer-- cordon bleu, twice baked potatoes, asparagus & spinach frittatas, blueberry muffins, pumpkin muffins, burritos and yes, I made my own refried beans--next time, I'm buying canned. I also made crockpot granola (though I didn't use butter, but a mix of water and brown sugar).

If you are reading this and you know me well, you might be fearing that "Kelli cooking" is one of the seven signs of the apocalypse, but I think it's just me cozying into my safe place. I'm not sure why I've been retreating from the world, but I have been.  Maybe to counteract all that time I've been away, and out, and social, since my book came out.

Whatever it is, I just try to follow what my body/soul/heart needs and listen to that.  Right now, it's saying: avoid everyone.  Or I should translate:  Avoid most everyone.

There are certain people who are my light and always carry good energy.  I'll be seeing a few of them tonight actually. And a few other good friends I've made future plans with,  so I'm not fully in one of my Ms. Dickinson moods, I haven't started lowering the muffins in a basket from my bedroom to the children below.  Maybe that's next week...

Okay, it wasn't Jersey Shore, but I confess last night I stayed up last night to watch James Frey on Oprah (part 1).  I had to.

I wanted to see the follow-up to the trainwreck that was his second interview with Oprah when she confronted him on his lying in the memoir five years ago.

I'm not sure what I thought.  He did keep saying he was accountable and made mistakes.  But he also had some unusual answers like after the "ambush" interview (a word he used to describe it), he was in a cab and he broke out in an overwhelming laugh after the interview driving home.  But he also felt other emotions as well.

Here's the thing though--once you know someone is capable of that kind of lying, it's hard to know if anything they are saying is true.  I think that's was the hardest part of watching the interview, I kept wondering -- is this just spin? Does he mean this?  Did things really happen as he said?

Now that said, I could understand why Frey published his book as a memoir--his dream was to publish a book.   And I can understand how the deeper he got in and the more successful it was, the harder it was to admit it wasn't true.  He changed his life with that book in so many ways, and I think ultimately, this is what I love about this whole story-- it's all because of a book.

For me, this is huge-- in the age of so much technology, entertainment, screen-time, the fact that this is still such a big deal is because books and words matter.

~
A Special Note to Mac Owners--

I confess I learned yesterday that Macs can get malware.  It's not quite a virus, but wow, did it feel like one.  It was downloaded accidentally by my daughter after clicking on a google image of a teddy bear holding a Canadian flag (seriously, could anything seem *less* dangerous for your computer than that).

I can save you a lot of headache, by having you do one thing if you surf the web on your Mac using Safari-- 1)  Go to Safari & open "Preferences"  2)  Go to "General" --  If the box "Open Safe files after downloading " is clicked --unclick it!

That is what our problem was, when my daughter clicked on the image, which was a secret malware link, the whole shebang was downloaded on my computer.  Good times.

Thankfully, we weren't fooled but did have uninstall it, which was a pain.  If you do accidentally install it, go here, print out the directions and follow them one by one and your computer will be fine.

If you want to learn more about this new Mac malware, which is attached to Google image search and other google searches, you can read about it here.

And while Apple users really don't need a Norton Anti-Virus yet (or so says my favorite Mac guy), here's something free for Mac users just to help keep their systems clean- It's Sophos, a sort of "anti-virus" detector for Macs that hangs out in the background of your Mac making sure you're not clicking on Canadian teddy bears.

So while I have been homebound, houseloving, inyogapantsandlovingit, I have been still been working in the writing world.  What am I up to?  I'm working with a couple wonderful writers as well as submitting my own work.  What?!

Yes, it's true.  I'm finally getting some new poems out in the world.

Not many, but some.  SOME!  Some is definitely more than zero.  I had been having a mental block when it came to submitting, I'd start to submit then think "nothing I have is good enough" and then go back to something else, usually writing, blogging, or organizing a cabinet.

So I chose what I thought were my best poems and send them out. And honestly, that feels good.

I confess I'm off into the world as I'm teaching a class at Western University tonight.  So Emily Dickinson life, I adore you, but I must leave you and your pumpkin muffins for a while.  Stay spicy.  While I add a dash to my social life, a dash of everything good.