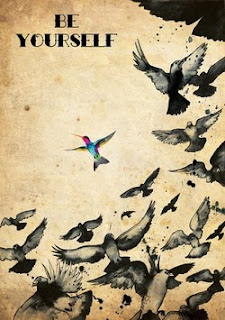 I confess I can't believe it's Tuesday again-- it's as if they pile up on each other like pairless socks.  My laptop is telling me that pairless isn't a word.  It should be.

I have a busy day planned, but for now, let's get to the what we're hear for, confessing...though I'm not sure I have anything too interesting to share.

It's happened before on different topics.  I sometimes wonder if certain themes or creative ideas flow through people who continually meet up.

What's cool is though, even though we each wrote about drowning, it was so different in each poem.  Connected but separate.

I confess I still like stamps and postal mail and collecting coins and rocks.  These are four  things I did as a child (I know, you're thinking, "Wow, she must have been very cool and popular as a kid").   I also collected dachshund figurines, and you know popularity begins with a good small dog collection.

But here's the thing-- as I became older, I was kind of embarrassed for my nerdy/geeky/dorkiness.   I know, stamps and postal mail *are* cool, I see that now.  But back then, well, no one was interested in my wheat pennies, oddly enough.

Middle school can rob girls (and maybe boys) of who they really are.  (Note: I'm not sure about the boys, I never was one, don't have one as a child, and never understood them in middle school, so I'll leave that open to discussion for all the boypeople of the world.)

But girls, nothing good happens in middle school for girls.  It's where everyone pretends to be a zebra (whether they are or aren't) so they aren't attacked by the tigers.  The thing is, middle school passes and there are all these zebras hanging around who aren't exactly sure where they got their stripes.

I guess what I'm saying is embrace your inner self.  And I confess, these days, I'm much more likely to talk to you about Owney the Postal Dog and with no apologies.

We cannot all be trendy and like what's cool, and luckily, there are enough people in this country to do that for us, so thankfully, there's room for you to be yourself.

I confess I would be terrible on Family Feud because my answers are never anything that the "survey says..."

For example, when they say, Name something you can't have too much of -- my first response was "slippers."

And maybe the people on Family Feud are not artist or poets because they have to say what the majority says.  And maybe the joy in life is not repeating or being like others, but knowing in your life, slippers are important.