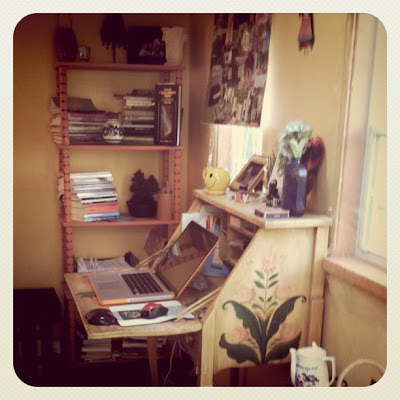 This is my writing studio, which was created from a barn shed from Lowe's for about $2000.  The electricity was $800.  It was worth every penny.

It was called the Poetry Barn, but inspired by Susan Rich's House of Sky writing studio, we named it "House of Sea" as that is what I look out too...well, partially.  (It would have to be called House of Hydrangea if I named it what I see most of...)

I'm out here writing in it right now.  Or should I say, Write Now.

That's for all of you who have been like me and lollygagging this summer.  Let's unlollygag together...
Email Post